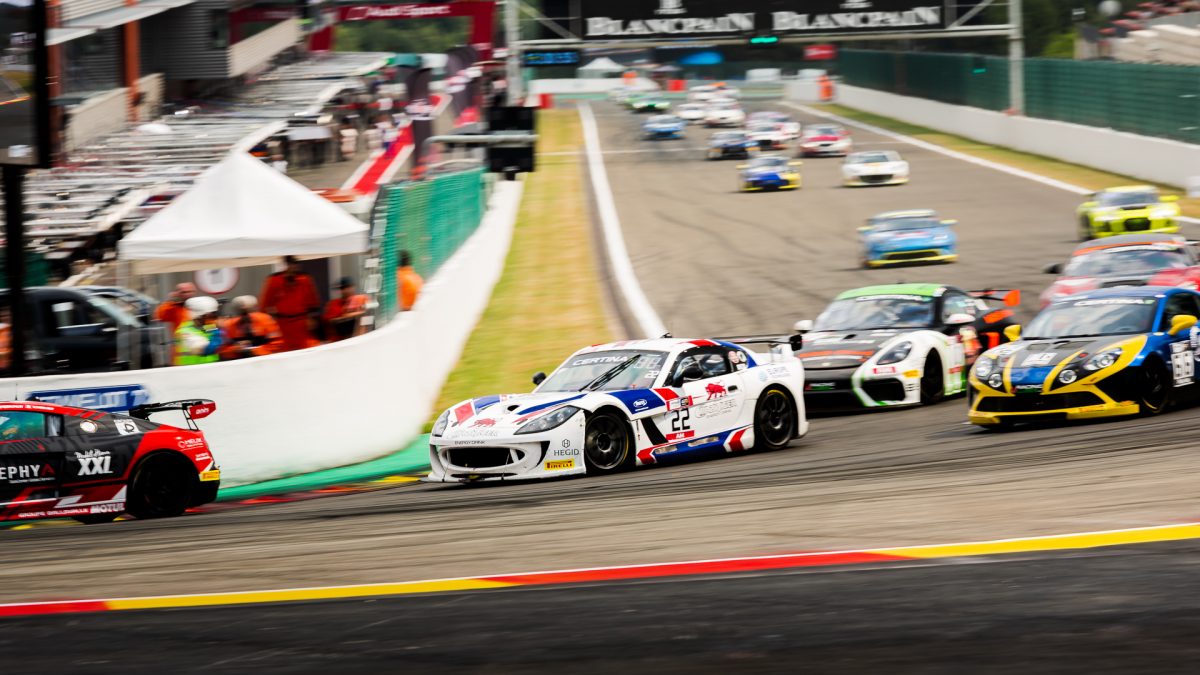 Spa Francorchamps is a most incredible circuit that every racing enthusiast must experience at least once, as a driver or a spectator!  The FFSA GT4 championship was just a sideshow for the 24 Hours of Spa Francorchamps, so we didn’t get a chance to get in the pits but watching the racing from the stands was amazing!  Eau Rouge lived up to the hype.  Watching cars approaching a blind crest followed by a turn at almost 200kph was exhilarating for us spectators, so what must it be like for the drivers? . . . we’ll see later.

Valentin Simonet and Pascal Huteau continued their winning streak in the #22 car, with both drivers qualifying in pole position for their respective races.  The first race went relatively smoothly, and they came in P1, but maybe the celebrations got out of hand on the Friday night . . . . . The second race started on Saturday morning at 09.20 with Valentin leading off from pole, but from our place in the stands things didn’t look to be going too well.  He quickly slipped back 8 places leaving Pascal with lots of work to do after driver changeover.  Surely not a problem with the car again? Almost immediately Pascal was flying and hauling in the cars ahead.  So maybe it had been a problem with the driver?  We found out later that Valentin had thrown up in his helmet on the first lap.  Something he ate the night before apparently!  He did well to maintain 8th.  Pascal tore through the field and eventually pulled up to third, and at the rate he was going he was on course to make at least P2 and maybe even P1, then came the Full Course Yellow.  The race finished under the safety car and the team had to content themselves with P3.  That leaves Valentin and Pascal still in second place in the FFSA GT4 championships overall, behind the number 10 Porsche of Julien Lambert and Nicolas Gomar (EGS Events).

The weekend was somewhat different for the #777 car.  Shahan Sarkissian and Jihad Abejouade were in high spirits at the parade in Spa, looking forward to the great adventure which is racing at Spa.  Unfortunately, Jihad lost control at Eau Rouge in the second practice session and crashed.  Counter-intuitively, when you reach the blind crest at the top of Eau Rouge you need to keep the power down and commit to the corner that you can’t see yet, in order to maintain the weight at the front of the car and retain control of the steering!  Jihad bottled out and took his foot of the gas and spun off at more than 160kph.  He hit the barrier so hard that he destroyed the front of the car, and then spun along the barrier and destroyed the back of the car as well!  The force of the impact was so great that it sheared some of the fixing bolts off the base of his driver’s seat!  Jihad walked away with a strained thumb.  A very lucky man.

When we arrived in the paddock on Friday with high hopes for qualifications and the first race, the race engineers were still working on the #777 car, having spent the whole night welding on a new front sub-frame, replacing all the running gear at the front (wheels, axles, suspension, steering controls etc) and the body work front and back.  Jihad had also been repaired.  He had self-administered a large amount of masking tape to support his sprained thumb!  He asked us not to publicise the fact, since back in Lebanon he is an orthopaedic surgeon and he didn’t think his patients would appreciate his methods!

Sadly the #777 car didn’t make it to qualification and therefore Shahan and Jihad started their respective races from the pit lane.  Shahan hadn’t even been able to get any practice laps in prior to the crash, so he treated his first race as a shake-down session for the second race!  Astonishingly, Jihad got back in the car at the changeover and managed to finish 10th out 14 in the Am category.  That took some nerve but there certainly seemed to be a look of trepidation on his face when he took the driver’s seat!  They did better in the second race with Shahan storming through the field in the second half of the race, finishing 8th in the Am category.  Shahan also managed to achieve the fastest lap time for the Am category in the second race, which he was so pleased with that he finished the race trailing white smoke, just like a Red Arrows fly past!  It turned out that the oil cooling system had also been damaged in the pre-race crash, but nobody had time to spot it.

After the excitement of the FFSA GT4 races we stayed on for the main event, the 24 Hours of Spa.  It was a great spectacle and I wouldn’t have missed it for the world, however, with only the closely matched GT cars racing we saw almost no overtaking action.  I think I prefer the multi-category racing at Le Mans, with the mix of LMP1, LMP2, and GT cars all jostling for track space.

As in almost every other walk of life in France, everything slows down in August, so our next race is not until Magny Cours during 13 – 15 September.  Hopefully we can top the podium for both races next time and claw our way to first in the championship, as long as we avoid the prawns and keep the pedal to the metal!

Finally, talking of simulators, is there anybody out there racing on Assetto Corsa who would like to connect up for some armchair racing challenges?  My time to beat around Spa in a Ginette G55 GT4 is 2 minutes 35 seconds!

For info on the Millers products used by K’Worx Racing, please see our Motorsport section. 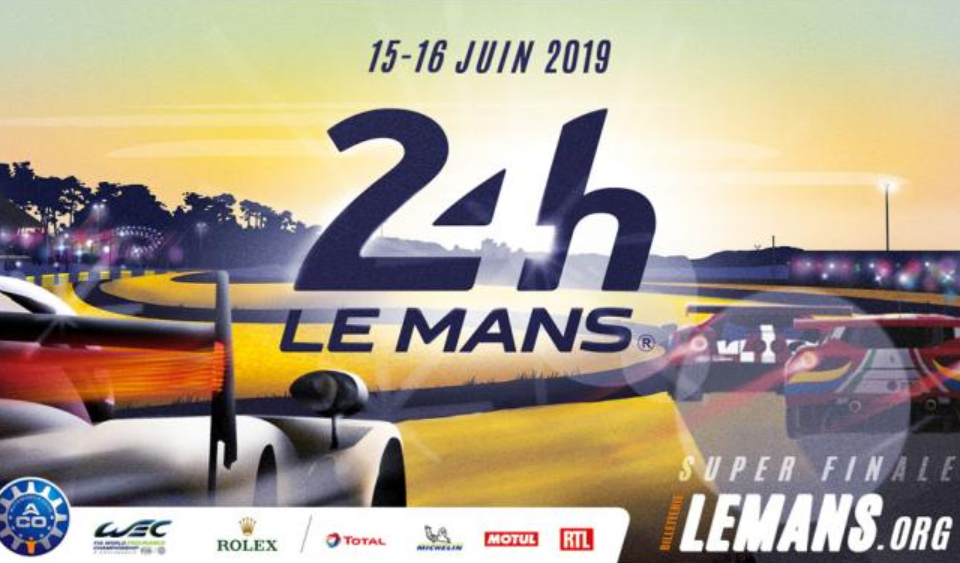