The CFS NT range was launched at Autosport 2012, and has since become popular across the world with discerning drivers and engine builders.  The CFS NT+ oils are our latest development, using the our upgraded formulation giving further reduction in friction and wear over our previous award winning NT range.

So how does Nanodrive work?

In an engine it is estimated that 15% to 20% of the energy in the fuel is lost through internal friction.

Friction is caused by the roughness of surfaces moving against each other. Friction causes wear and uses valuable energy through mechanical losses turning the engine over and in the generation of heat.

Cutting friction within the engine will reduce wear on engine parts and the heat generated, as well as giving drivers more power at the wheels. This is done using clever nanoparticles which act like millions of ball bearings, together with ingredients that smooth out the surface roughness of the metal engine parts.

Tested against a competitors oil of the same viscosity, we recorded 33% lower friction at operating temperatures of 110 Deg C.

Low friction is just part of the story. These new oils are designed to maintain good lubricant film integrity, essential to protect the engine components.

The CFS NT engine oils are the first in a range of Millers Oils products that will use the depth of knowledge of lubricant technology to design products that lower friction, release power at the same time maintaining excellent engine protection.

Launched in 2009, our unique Nanotechnology transmission oils scooped the prestigious “Most Innovative New Product” award, ahead of motorsport legends such as McLaren and Williams at the 2009 World Motorsport Symposium.  The NT transmission oils have had proven success in many high profile motorsport series, including the British Touring Car Championship, Hong Kong Touring Cars and in Rallying at all levels from WRC, JWRC, British Rally Championship and other national championships.

View the Nanodrive brochure for full details of the above products.   The product links above will take you directly to our online shop.

Call us on 05 55 78 54 20 or complete the form on the Contact Us section of this website to discuss your requirements. 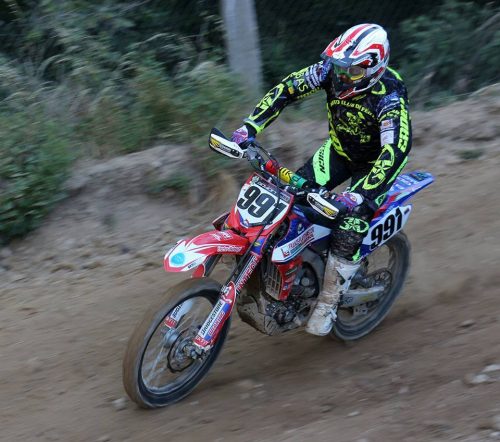 Millers KR2T is a suitable mineral, 2-stroke oil for both competition karts and bikes.  It increases the sealing/compression on the bores which leads to power/torque gains.  It is suitable for use in a motorbike unless the engine specifically needs a semi or fully synthetic oil in which case you should use Millers ZSS 2T (semi-synthetic)… 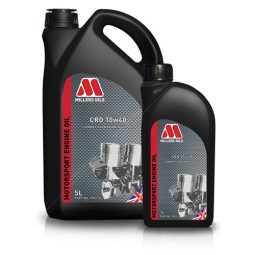 Do I need a special running in oil for a motorsport engine?  Yes, we certainly recommend this.  It is very difficult to get new piston rings and bores to run in on a full or semi synthetic oil. Millers Oils therefore produce a competition running in oil CRO 10w40.  This is a very high quality… 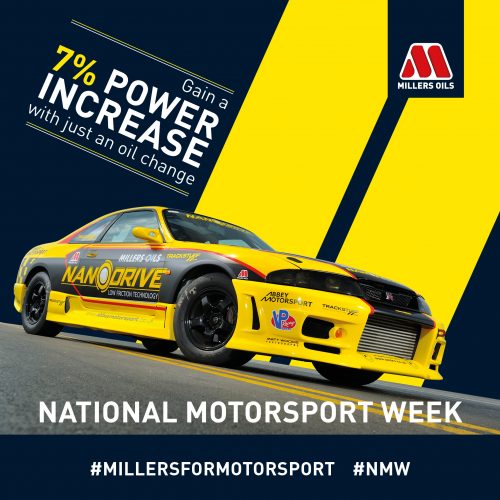 Can An Oil Change Really Increase Power?  When it comes to friction technology, yes it can.  Want the proof? We put our CFS 10w60 NT+ competition engine oil to an independent dyno test in a Ferrari 250 GT V12 engine; in a back-to-back comparison with a traditional OE-specification oil, it achieved peak power and torque… 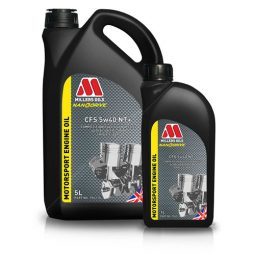